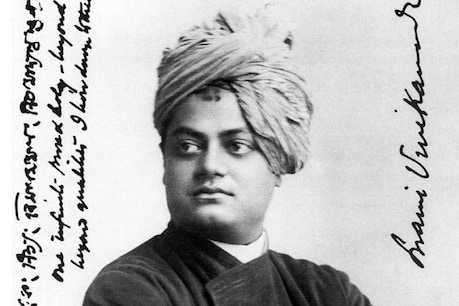 Swami Vivekananda’s entire life, his struggles and his ideology are all sources of inspiration for hundreds of people.

Swami Vivekananda, with his stunning voice and his influence, also played the sting of Indian culture and spirituality abroad.

Swami Vivekananda’s birthday is celebrated with great pomp not only in the country but also abroad. It is a law to celebrate this day every year on 12 January, because in the year 1863, on this day, Swami Vivekananda was born in an ordinary family in Kolkata. Later, seeing the work done by them in the field of spirituality, the attention of youths from abroad and abroad was attracted to them. From childhood, Vivekananda was interested in music, literature, swimming, horse riding and wrestling.

Father’s death did not break morale either
Swami Vivekananda, with his stunning voice and his influence, also played the role of Indian culture and spirituality abroad. Not only did he always emphasize scientific thinking and logic, but he also worked to spread his ideology of connecting religion with the service and social change of the people. His father Vishwanath Dutt died only when Swami Vivekananda was 20 years old. In such a situation, after the death of the father, Swami Vivekananda also had to face the brunt of extreme poverty, but poverty and hunger also could not shake his morale and faith.

Swami Vivekananda’s entire life, his struggles and his ideology are all a source of inspiration for hundreds of people because by following the ideas of Swami Vivekananda, millions and millions of young people made the right changes in their lives and made them meaningful. In 1893, Swami Vivekananda had the opportunity to represent Sanatan Dharma on behalf of India in the World Religion General Assembly held in Chicago, USA. Swami Vivekananda was a worthy disciple of Ramakrishna Paramahamsa and he established the Ramakrishna Mission, which is still working for the good of the public. (Sincerely-Astrosage.com)