Samsung kicked off its CES 2021 event with a host of announcements related to its artificial intelligence (AI), Internet of things (IoT), and robotic advancements for consumers. The South Korean tech giant announced the launch of its SmartThings cooking service that comes through the SmartThings app and is designed to establish a bridge between smartphones and Samsung’s cooking devices, including the Family Hub refrigerators. The company also launched Samsung Health Smart Trainer that will allow users to track and analyze their posture from a compatible smart TV. Samsung also brought the JetBot 90 AI + home cleaning bot, Bot Care robotic assistant, and Bot Handy robot with the ability to pick things up.

One of the major announcements by Samsung in the world of AI and IoT is SmartThings Cooking. The new service, powered by smart food platform Whisk, runs preference surveys in the SmartThings app to recommend recipes and dietary restrictions. It also provides improved meal plans by using data from the Family Hub refrigerators.

The display on smart refrigerators can also feature a dedicated full-screen board to let you look at what’s inside the fridge and even order something missing directly from an available online grocery cart. The order, once placed, will be delivered to your doorstep.

SmartThings Cooking will also sync with your smart TV to provide grocery supply updates to your big screen. Like, it can provide recipe instructions to synced Samsung cooking devices. You can also attend cooking classes to learn new recipes through the proprietary service. 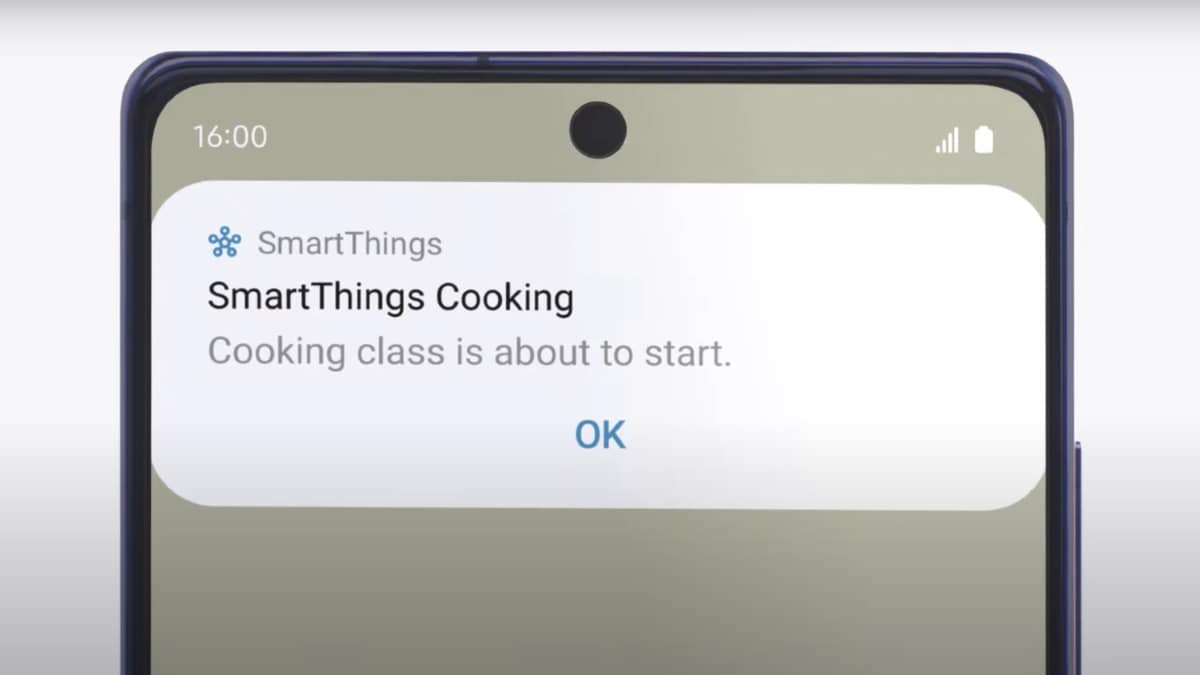 Alongside SmartThings Cooking, Samsung announced the debut of its Smart Trainer on all 2021 TVs. The new feature uses the inbuilt sensors of Samsung TVs along with software algorithms to track and analyze postures in real time. It also provides feedback during and post workout to help you count your reps. The feature also estimates calories burned. Further, it provides video and interactive training through Bixby-enabled voice control.

The other major highlight of the CES 2021 event by Samsung was the launch of the JetBot 90 AI + home cleaning bot. The vacuum cleaner includes LiDAR and 3D sensors along with object recognition technology to identify and classify objects. It also comes with a camera and is integrated with the SmartThings app to enable home monitoring. 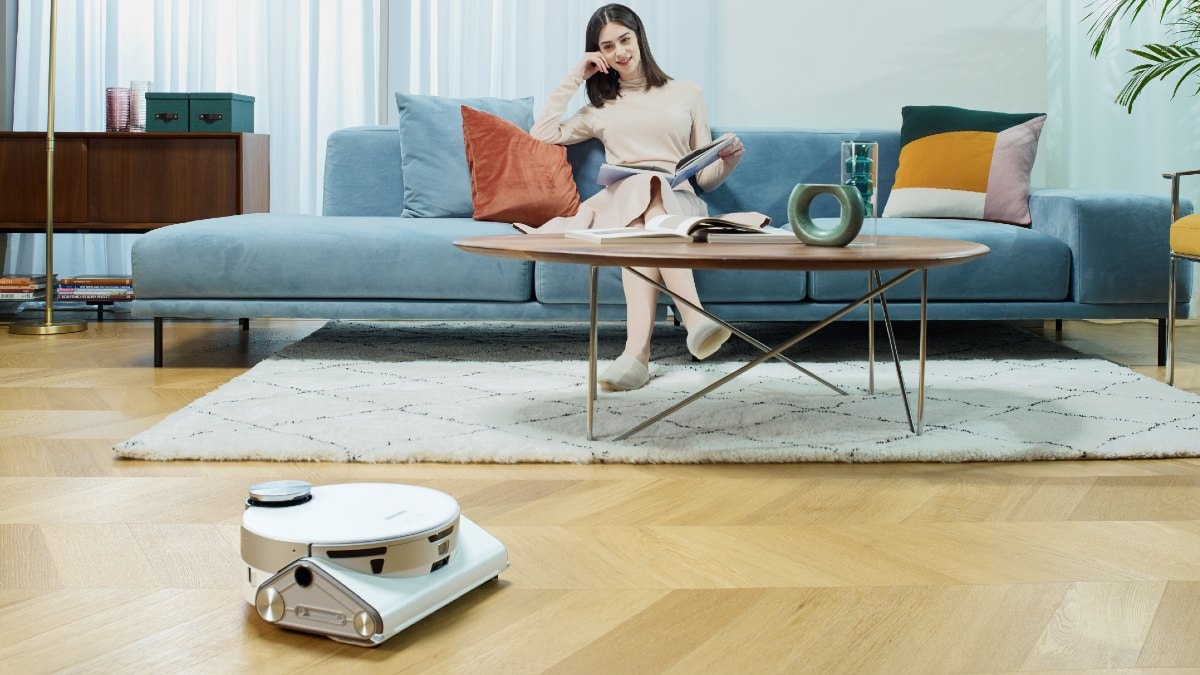 Samsung hasn’t yet announced the pricing of the JetBot 90 AI +, though it is coming to the US in the first half of this year.

The next robot by Samsung in 2021 is the bot care that uses AI and sensors to work as a robotic assistant. It is touted to learn your schedule and habits to send you reminders.

Samsung additionally scheduled the Bot Handy as its all-new AI-powered robot that comes with a robotic arm to recognize and pick up objects or a variety of sizes, shapes, and weights. The device can grab and move around household items, set tables, and put away groceries.

Aside from showcasing Bot Handy, Samsung announced that its health-focussed exoskeleton GEMS that debuted at last year’s CES is currently in clinical trials.

Samsung also announced its new 4-door Flex Bespoke refrigerator that includes a beverage center with quick access to an inbuilt water dispenser. It will debut specifically in North America this spring. The company also revealed that its 110-inch MicroLED TV that was launched last week will arrive in global markets starting March.

The new developments come alongside the announcement of Galaxy Upcycling at Home program that is meant to reuse older Galaxy phones as convenient home appliances.

What will be the most exciting tech launch of 2021? We discussed this on Orbital, our weekly technology podcast, which you can subscribe to via Apple Podcasts, Google Podcasts, or RSS, download the episode, or just hit the play button below.