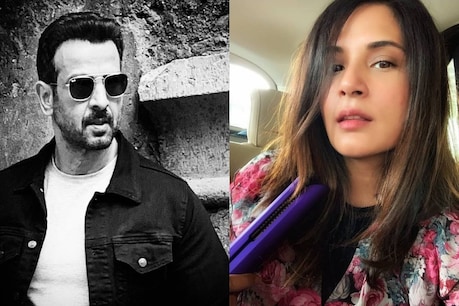 Apart from Ronit Roy and Richa Chadha, Manu Rishi Chadha and Nakul Sahadev will also be seen in the Candy series. Optimistic Entertainment will produce this series, while Ashish Shukla will direct it.

In the year 2020, there were many great web series on Voot Select, whose content entertained the audience a lot. Many web series like Asura, The Gone Game, Crackdown, etc. had earned a lot of name. With this web series, Voot Select is further enhancing the list of its best series. It is reported that a new series named ‘Candy’ is coming on the Voot in which plots like drugs, politics, murder etc. will be shown.

This series full of action and thriller ‘Candy’ will surprise people. If the report appeared in Bollywood Hungama, Richa Chadha and Ronit Roy will be seen in lead roles in this web series. Talking about the series, Ronit Roy said- It is my good fortune that I got the opportunity to work with such a great director who made me better in the world of acting and helped me learn different things. In the era of digital entertainment, there is a lot for people to do. People are also doing very well. I am very happy that I have been a part of very good shows of OTT and now I am also excited to start shooting Candy. Congratulations to the entire team of Voot Select for thinking of such a good concept. My role is very complex and challenging, so it becomes quite interesting.

Richa Chadha also gave a statement about candy. He said- My character has many dimensions in this series and I was attracted to this script. Working in this thriller and psychological series is a new experience for me. I love playing characters that have depth. Working with Ronit is a big thing for me. This is the first time I will share the screen with them. I am also very keen to work with director Ashish Shukla.

Apart from Ronit Roy and Richa Chadha, Manu Rishi Chadha and Nakul Sahadev will also be seen in this series. Optimistic Entertainment will produce this series, while Ashish Shukla will direct it.