Record breaking cell of this phone of Xiaomi! 200 crore smartphones sold on the first day 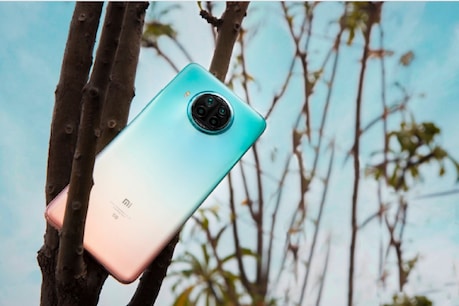 Manu Kumar Jain told that in the first cell of Mi 10i, sales of 200 crores phones have been done. The most special thing about this phone is its 108 megapixel camera.

Xiaomi’s new smartphone Mi 10i has been made available for sale in India, and it has been learned that customers are enjoying it a lot. Xiaomi sold 200 crore rupees in its first cell. Manu Kumar Jain himself has given information about this by tweeting. The first cell mentioned in the tweet has sold 200 million Mi 10i. For this, Manu Jain also thanked Xiaomi fans. For information, let us know that the cell was made available for the first sale on January 7, and 15 lakh people had ‘Notify’ this phone on Amazon India.

The Mi 10i has a 6.67 inch Full HD + (2400 x 1080 pixels) resolution dot display. The screen’s adaptive sync refresh rate is 120 Hz. For safety in the phone, Corning Gorilla Glass 5 has been given on the front and back. Customers can buy this phone in three color options Pacific Sunrise, Atlantic Blue, and Midnight Black. The phone has 6 GB and 8 GB RAM, 64 GB and 128 GB are available for storage. This phone runs on Android Best MIUI 12. The handset has a fingerprint sensor on the side.

For power, the Mi 10i has a 4820mAh battery. A 33 watt fast charger is available in the box with the phone. For connectivity, this phone has dual-stereo speakers, 3.5mm headphone jack, USB Type-C port, IR sensor.