Makar Sankranti is also called Pantag Parva. On the occasion of Makar Sankranti, the markets are seen decorated with colorful kites. Kites are seen flying high in the sky. But do you know what relation this festival has with kite flying. Kite flying is also related to Lord Rama on Makar Sankranti.

Makar Sankranti But kite flying has both religious and scientific significance. Talking about religious importance, its relation is told to Lord Rama. It is believed that Lord Rama started flying kites on Makar Sankranti. According to Tamil’s Tandanan Ramayana, the kite that Lord Rama had flown in went to Indraloka. Lord ram The same tradition started by is still practiced today.

At the same time, if we talk about scientific reason, kite flying is related to health. Because flying kites make many exercises together. The body gets the energy to fly a kite on a winter morning and the skin disorders go away.

On the day of Makar Sankranti, the sun is Uttarayan. On this day, the Sun enters the Capricorn line. Explain that when Sun enters from one zodiac sign to another, it is called Sankranti. There are a total of 12 Sankranti in a year but out of these Aries, Cancer, Libra and Makar Sankranti are the main ones.

Mention in the Balakand in Ramcharitmanas
In ‘Ramcharitmanas’ Tulsidas has mentioned such incidents when Shri Ram flew a kite with his brothers. In this context, mention is made in ‘Balakand’ –

There is another interesting topic. Hanuman was called from Pampur. Then Hanumanji was in child form. When they came, it was the festival of ‘Makar Sankranti’. Sriram started flying kites with brothers and friends. She reached the Devlok flying a kite. Tulsidas has written that when Lord Ram flew a kite, it reached Indraloka. Where Inder’s son Jayant’s wife was fascinated by this kite.

Seeing the kite, wife of Indra’s son Jayant became very attracted. She started thinking about that kite and flying kite –

‘Jasu Chang as Sundartai.
So, there are many more in the world‘

As soon as this feeling came to mind, he immediately took a kite and kept it with him. Started thinking that the person flying the kite would definitely come to take it. When the kite did not appear, the boy Shri Ram proceeded to find out Bal Hanuman. Pawan son Hanuman flying into the sky reached Indraloka. There he saw a woman holding a kite in her hand. 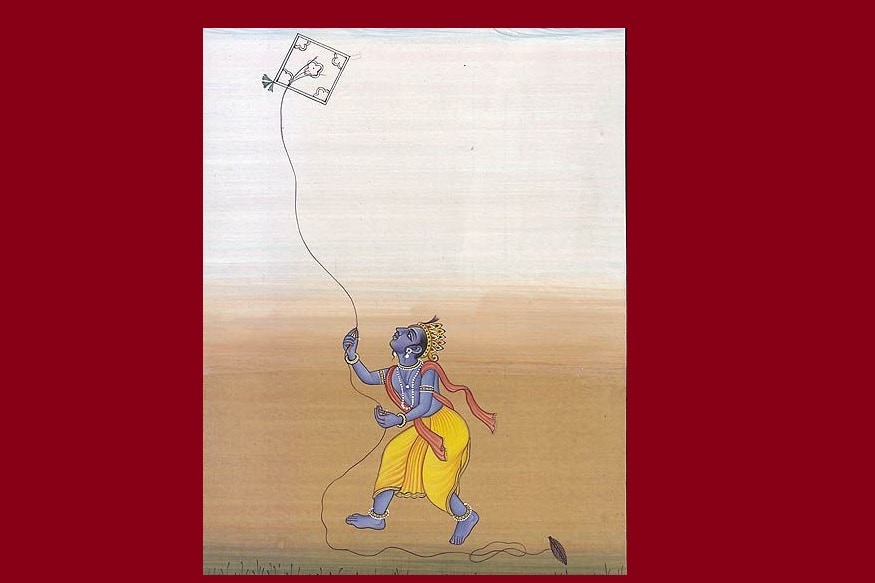 In an Indian painting, Lord Krishna is flying a kite.

When he asked for a kite, the woman said “Whose is this kite?” Hanumanji told Ramchandraji’s name. He expressed his desire to see her. Hanuman returned after hearing this. Said the whole thing to Shri Ram. Shri Ram sent Hanuman back. It was said that they would definitely see him in Chitrakoot. Hanuman narrated this answer to Jayant’s wife, after listening to which Jayant’s wife left the kite. Tulsidas wrote on this –

‘Then Sunat immediately, leave the kite.
Prabhu Beg Hee, with the child.

Read these also – know how the temperature containers work, which is coming in the corona vaccine

The antiquity of the kite is revealed by these two episodes.

Kites are being flown in India for thousands of years
In India too, the hobby of flying kites is thousands of years old. It is believed that the passion of kite flying reached India by Buddhist pilgrims from China engaged in the search for sacred articles.
A thousand years ago, the mention of kites is also recorded in the songs of Sant Nambe. During the reign of Mughal emperors, the glory of kites was unique. The emperor himself and Shahzade also played this game with great interest. There were also contests to fight the kites and the winner was rewarded. 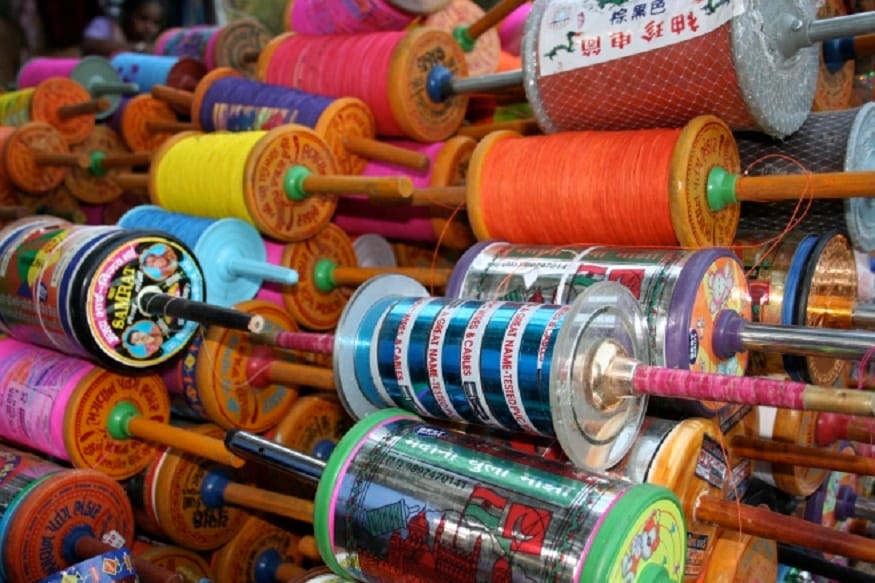 The Mughal emperor and the Nawab himself were fond of kite flying. Wajid Ali Shah used to come to Delhi especially for kite flying every year.