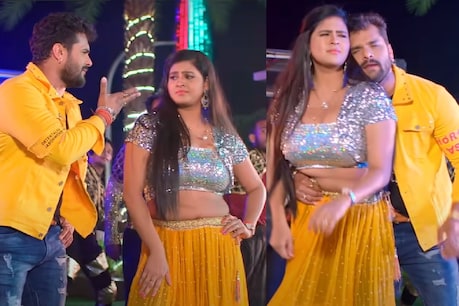 new Delhi. Bhojpuri Superstar Khesari Lal Yadav These days, he is busy with his most awaited film ‘Litti Chokha’. At the same time, in the meantime, one of his heroine Bhojpuri song ‘Dhokbaaz Ho Gaya’ has been released and with the release this song is going viral on social media. Chandni Singh is seen with him in this song.

The video of this song uploaded to YouTube by SRK Music has been viewed more than 43 lakh times so far. In this song, the people of Khesarilal and Chandni Singh are very much liked. In this song, the Bhojpuri audience is also very fond of their dance. So far, more than one lakh 70 thousand people have also liked this video.

7 Bollywood films have been made on Bhagat Singh’s life, 2 of these were released simultaneously