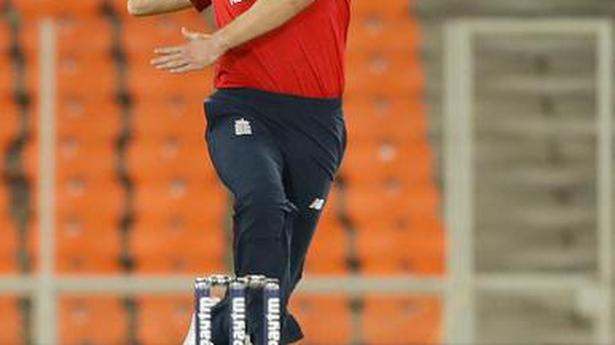 While he might have walked away with the Man-of-the-Match award for his superb unbeaten 83, Jos Buttler credited England’s bowlers for an impressive performance in the PowerPlay during India’s innings.

“Lots of credit to the guys who bowled first up and to take three wickets in the PowerPlay was fantastic and really sets the game for you from there,” said Buttler.

The English opener had special words of praise for pacer Mark Wood who starred with figures of three for 31 and set the tone, removing India’s openers.

“He [Wood] had a huge impact on the game. Any time you see him get a ball in his hand, be it Tests, 50 overs or T20, he is in fantastic rhythm. He is bowling extremely quickly and together with Jofra [Archer], the pace those guys can bowl, it’s quite intimidating.

“To take early wickets is always a huge benefit in T20 cricket and it put India back and did not allow them to attack early on in their innings. It was a huge moment in the game, how well those guys bowled. “

A letter from the Editor

Your support for our journalism is invaluable. It’s a support for truth and fairness in journalism. It has helped us keep apace with events and happenings.

The Hindu has always stood for journalism that is in the public interest. At this difficult time, it becomes even more important that we have access to information that has a bearing on our health and well-being, our lives, and livelihoods. As a subscriber, you are not only a beneficiary of our work but also its enabler.

We also reiterate here the promise that our team of reporters, copy editors, fact-checkers, designers, and photographers will deliver quality journalism that stays away from vested interest and political propaganda.