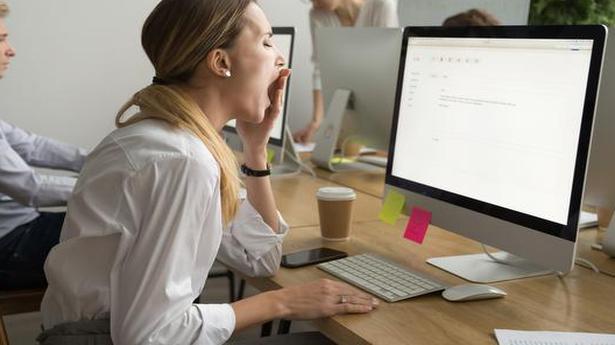 Have you been staying up late in the night and consciously delaying sleep to enjoy late night movies or play games on your mobile simply because you were too busy during the day? Doctors warn against making it a habit though it is not a serious clinical condition, yet

During the lockdown many of us may have binge-watched TV shows to beat the craving for entertainment. Or, we got so caught up with work during the day and found no free time that we delayed sleep just to unwind.

Sacrificing sleep hours when you are rushing against a deadline or partying is something we are all occasionally guilty of. But when we stay up later than intended without a valid reason, even when we know the next day begins early and the lack of sleep may affect our work or mood, it is called Revenge Bedtime Procrastination (RBP).

Doctors say COVID-19 stay-at-home orders ushered in lifestyle changes and many people engaged in RBP without realizing how it slowly and silently turns into a habit, taking a toll on their health in the long run. Dr Pavan Yadav, Consultant (Interventional Pulmonology, Sleep Medicine and Lung Transplantation) with Aster RV Hospital, Bengaluru, puts it simply: “Bedtime procrastination is viewed as getting ‘revenge’ on a daytime that gives us no leisure hours.”

It is an emerging concept in sleep science and the debate on the psychology behind the voluntary sleep reduction is still on, he says and adds, “It is not an established clinical condition requiring treatment unless it becomes really serious.”

In fact, the word ‘revenge’ was added to the concept of ‘bedtime procrastination’ on social media when people from China expressed how frustrating their long stressful hours were with no time for personal enjoyment. The feeling resonated and gained traction in response to the stress in the pandemic year.

Dr Yadav confirms an increase in the number of sleep disruption / deprivation cases, which could also be attributed to factors such as anxiety. While RBP can be tempting in the moment, when sleep debt leads to brain fog and poor emotional regulation, the issue needs to be addressed.

Behaviour associated with RBP is easy to identify: It’s the conscious delaying of going to sleep; the absence of a valid reason for staying up late and remaining glued to electronic gadgets – all this while being aware of the consequences of insufficient sleep.

An exploratory study published in the International Journal of Environmental Research and Public Health last August points towards RBP as an intentional behavior. Some people may treat staying up late as recovery time, while others may have difficulty in self-regulation or self-control, which is at its lowest at the end of the day.

Future research may lead to a deeper understanding on the whys of RBP, but all doctors are in agreement that sleep – both quality and quantity – should not be compromised upon. “Sleep hygiene is the key to happiness, better memory and concentration, reduced irritability and fatigue,” says Dr Yadav.