Fourteen-year-old Tanusha Kumar spends a fair bit of time with her horse Soulmate every day, feeding him carrots and jaggery after long practice sessions.

Though she has been riding for the past six to seven years, Soulmate joined her only six months ago. It was with him that she went on to clinch a gold at the Junior National Equestrian Championship held in Delhi from December 20 to 28 (2020), in the Dressage category. And, Soulmate is a natural when it comes to dressage.

Tanusha is one among 12 riders from the Chennai Equitation Center (CEC), who won accolades in this competition, which saw a participation of over 200 riders.

Apart from winning in team categories, Pradyutha Prasanna (Dressage – Silver), Jaiveer (Show Jumping – Gold) and Hansika (Show Jumping – Silver) are the winners in the Children 2 category, while Tiyasha Vatul secured a Gold in the Juniors category for Show Jumping. 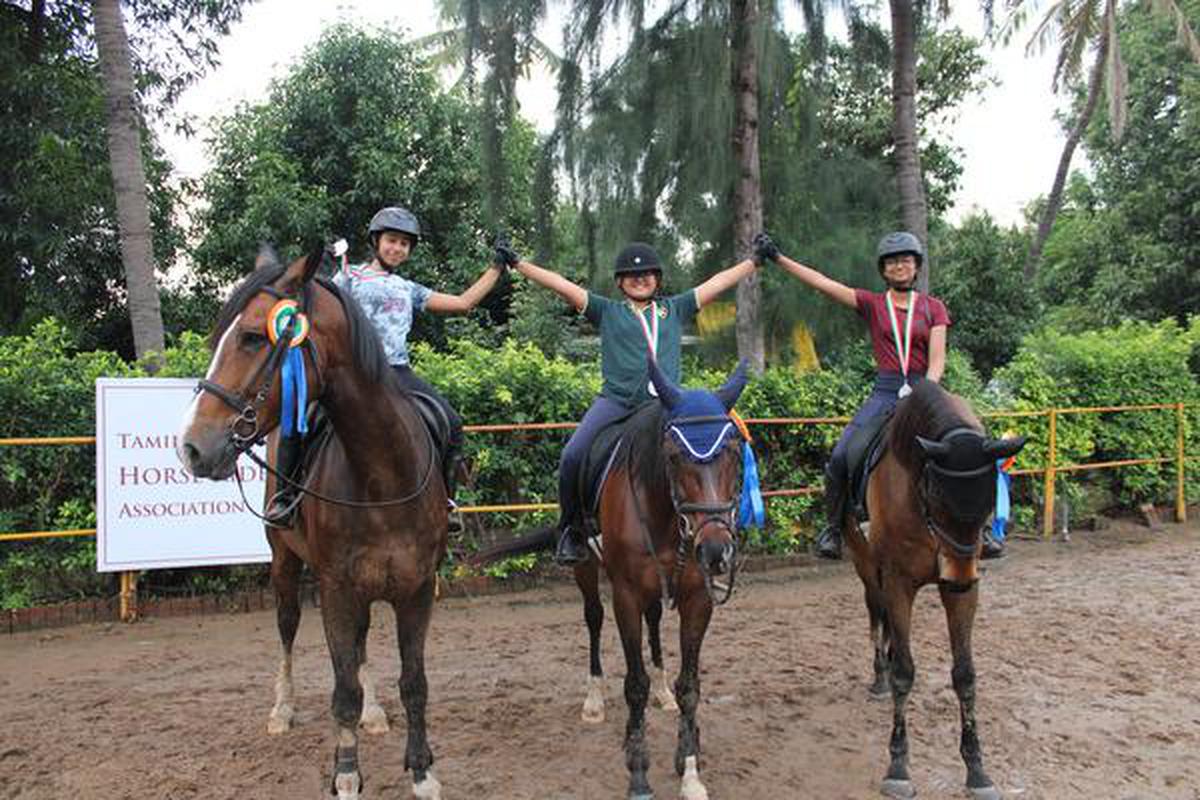 The championship covers children and young adults of various age groups and CEC prepares them for this competition every year. “Qualifying rounds are held through the year. In them, one has to figure in the top 50 riders to be able to participate. I don’t think a rider who has not completed at least five years of riding, can even attempt this competition, ”explains Isabelle Futnani, international dressage rider and coach at CEC.

The center took nine horses and 10 riders for this competition, which has two major categories: Show Jumping and Dressage. “Show jumping is when the horse is made to jump over obstacles in the shortest time frame possible, and dressage is where the horse showcases almost precise, dance-like movements with the rider,” says Isabelle.

For both, it is important for the rider to build a relationship with the horse. “The horse can understand one’s voice modulation.” In order to nurture that relationship, the horse needs to remain motivated, ”Isabelle says.

“Ever since I started riding, I liked dressage but it took me one to two years to learn it step by step,” says Tanusha.

The fact that dressage requires one’s undivided concentration is what attracted Tanusha. “Every part of your body is engaged.” In a day, riders spend 30 minutes to an hour for practice. And, sometimes they practice with more than one horse, adds Isabelle. Typically, a young horse-rider’s day begins at 5 am.

Isabelle says that it is encouraging to see a talented crop of new riders emerge. She says that at one point, the sport was taken up mainly by those with a background in horse riding: children of army officers, for instance. This, she believes, is changing.

Setback for carlsen and harikrishna

LaLiga | Relentless Atletico rallies to get past Valencia