As soon as Anushka-Virat arrives at her home, Taimur prevails on social media, see funny mimes 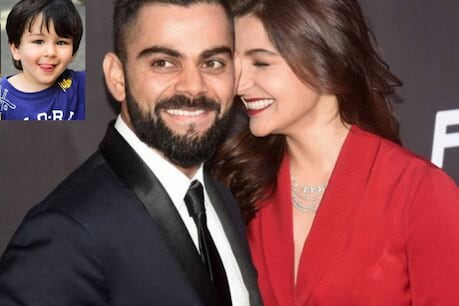 Mumbai The daughter of Indian cricket team captain Virat Kohli (Virat Kohli) and Bollywood actress Anushka Sharma (Anushka Sharma) is born. Virat Kohli Anushka Sharma First Baby has shared the happiness of the birth of her daughter on social media. He has shared a post with his fans. In which he has also told his fans not to violate his privacy. But, amidst all this, Sahebzade Timur Ali Khan of Kareena Kapoor Khan and Saif Ali Khan has once again come into the limelight.

Everyone: Taimur will date Kohli’s daughter

when you realize u are going to destroy taimur’s whole career:#ViratKohli pic.twitter.com/NXYYq0Rr93

While sharing the post on the birth of the daughter, Virat Kohli has written – ‘We are very happy to tell both of us that we have a daughter here this afternoon. We are deeply grateful for your love and wishes. Both Anushka and our daughter are absolutely fine and it is our good fortune that we got to experience this chapter of this life. We know that you will definitely understand that at this time we all need some privacy. ‘