Anushka-Virat appealed to paparazzi – Do not take pictures of our baby girl, we will share ourselves with you 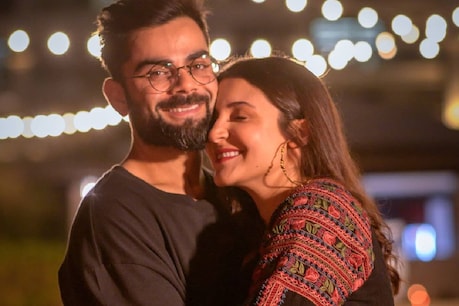 Anushka Sharma and Virat Kohli have written a note to paparajis (freelancer photo journalists for newspapers and magazines) in Mumbai, pleading not to click pictures of their newborn daughter.

Mumbai. Bollywood actress and producer Anushka Sharma and Team India captain Virat Kohli (Virat Kholi) are buzzing at home. Anushka gave birth to a cute daughter on Monday (January 11) afternoon in a hospital in Mumbai. Anushka and Virat’s daughter was born in Breach Candy Hospital in Mumbai. With the information of this news on social media, both celebs are getting congratulations by filling the bag. Now on Wednesday (January 13), the newly formed mother-father (Virushka) has appealed to the paparazzi not to take pictures of their newborn daughter.

Anushka Sharma and Virat Kholi have written a note to the paparazzi in Mumbai, urging them to respect the privacy of their newborn daughter. In this note, he thanked all those people who gave him a lot of love.

In his note he has written, ‘As parents, we have a simple request from you. We said in our statement that we want to protect the privacy of our child. That is why we need your help and support ‘. Anushka Sharma and Virat Kohli assured the paparazzi that they would share pictures of the baby girl at the right time. He further wrote in his note that although we will always ensure that you people get the content from our side, but we request you not to do this with our baby girl. In his note, he finally wrote that you will understand where we are coming from and we thank you for that ‘.

Let us tell you that in the last month itself, the third wedding anniversary of both of them has been celebrated. In 2020, Virat and Anushka revealed the news of being pregnant with their first child. There is joy and excitement among the fans about this big stage of their lives. Now when Virushka’s daughter has come into the world, everyone is waiting to get her first glimpse, but both want a little privacy.